What is a Brazilian Buttock Lift? A Brazilian Buttock Lift (BBL) is cosmetic plastic surgery aimed at enhancing the shape of the buttock or gluteal area.

Why is BBL so popular in North America and trending in Australia?

In today’s society we are more connected than every, we can dial food at the click of a button and get transported to where we need to get via ride sharing apps like Uber. The ubiquitous nature of social media also has influenced our aspirations and Celebrities like Kim Kardashian and Jennifer Lopez have popularised a enhanced derrier.

Who is suitable for a BBL?

If you are in good health and desire an augmented buttock then a BBL is right for you.
A BBL is also suitable for those who have a deflated buttock after weight loss or pregnancy and also those who want a subtle augmentation to the buttock.
The surgery will augment the buttock area and show off a desired waist, hip and thigh ratio that can be shown off in casual and elegant clothing. The surgery can also be tailored to the exact size you want to go. Simple filling as with a mini-BBL will restore volume whereas a formal BBL will augment the shape.

How do you perform a BBL?

A BBL is performed by a three step process. First liposuction is performed around the waist, thighs and lower back. This helps to sculpt the waist, hip and thigh area creating an S shape and enhanced buttock. The second step involves processing the fat obtained by using a centrifuge or other methods to injectable ready fat. The third stage involves injecting the fat into the lateral part of the buttock and central buttock area to augment the buttock.
The three steps combined result in distinct S curve (hourglass) shape and larger buttock.

What about buttock implants?

What is the recovery of BBL?

BBL is day or overnight surgery and it is expected to have some discomfort and pain for up to two weeks. This is managed with oral analgesics. You will be fitted with a compression garment and asked to refrain from sitting on your buttock area for the first two weeks. After two weeks you can gradually sit on the area and pain should be minimal. It is expected to still have some swelling for up to 6 weeks. After two weeks you will

How much fat is injected into the buttock?

On average approximately 400-500 g of fat is injected into each buttock to augment the area. This requires approximately 1.5 litres of liposuction as some volume is lost after purifying the fat.

How much does a BBL cost in Sydney?

A BBL is not covered by any health fund and as such all fees, anaesthetic, hospital, garment and surgical are applicable.
The costs are up to $20K depending on extent of liposuction, use of implants and other factors.

While it’s okay to make mistakes as long as you learn from them, some mistakes are costlier than others. Mistakes made during a facelift, for instance, can have dire and …

What to Expect With Revision Rhinoplasty

Plastic surgery rhinoplasty is one of the most popular ways to improve your overall appearance. However, there can be times when the results don’t meet your expectations. When this happens, …

Bright Beautiful Eyes 👀✨ At 56, this patient

Never too old for a #Facelift 🙌🏽 Just ask th

Only 3 weeks until @drjz_ is back in Beecroft at @

#KissableLips 💋 Thinking about changing the sha

Results vary and are illustrated as a guide only. Any surgical or invasive procedure carries risks. These risks will be discussed with you in detail. A second opinion is beneficial and advised. 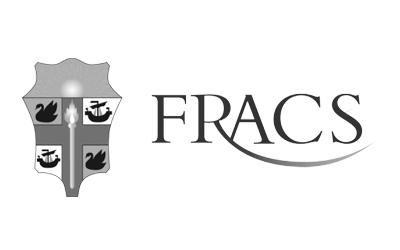 Never too old for a #Facelift 🙌🏽 Just ask th

Only 3 weeks until @drjz_ is back in Beecroft at @

#KissableLips 💋 Thinking about changing the sha

Joining us tomorrow for our Instagram Live is @ski